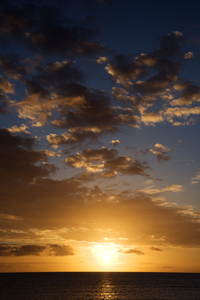 So continuing my post from last week about God causing all things to work together for the good of those who love Him, is the story about my husband's layoff in 2008. At the time that Steve was laid off, the real estate market had just crashed. And normally one incident would not have had anything to do with the other…normally. But this was not a normal situation. You see, my husband’s wife had leveraged our home at the height of the housing boom (the house that we’d almost paid off), pulling out over $350,000 in equity. And like Eve who convinced Adam to eat the apple, I’d convinced Steve to purchase preconstruction properties (more than one). The goal was that we would make a wad of money and retire comfortably someday. At the time, I didn’t feel the need to consult God because it made “practical sense.” And in my carnal mind, I was being like the Proverbs 31 wife who went out and bought a field. My field came crashing down, leaving us almost a million dollars in debt. Oh, and did I mention that I was a stay at home mom?

So we did what any God-fearing couple would do, we went to our pastor to ask for his advice on what to do. At that time, our pastor happened to be a real estate expert, so I felt like we would not only get godly wisdom but also an expert’s insight. His guidance was to stop paying the mortgages on all the properties and let the banks foreclose, and then rent a home and start over. It was a scary prospect, but the man of God had spoken and I went home expecting that we were going to follow his direction, as hard as it seemed. When we got home, my husband informed me that this suggestion did not sit well with him and that we would not be taking the pastor’s advice. “Was he out of his mind?” I thought. “Did he forget how much trouble we were in?” Steve sat me down and told me that he wanted to honor God and be a man of integrity, and that he could not just walk away from his responsibilities. He said that he would pray and trust in his God to help him out of this great difficulty, and that he really believed that God would deliver us. In that moment, I told him that I was really proud of him, but inwardly I knew that he had clearly lost his mind.

Over the next couple months, with the severance from his company, my husband continued to pay all the mortgages, the bills and tithe to our church (I’m not sure how, because the numbers did not add up). He remained prayerful and confident that God was going to work a miracle for us. I must say that my faith did not come anywhere near to his and so for quite a few months (more than I want to admit) I had to “ride on his faith.” Well, as God would have it, Steve received a job offer in Austin, Texas (better than the one that had laid him off), we moved there a few months after and we watched God sell all our houses one by one, leaving us completely debt free. It was a modern day miracle, the likes of which I had never seen before. God had allowed tremendous difficulty to come upon us, so that we would have the opportunity to trust Him and get to watch Him work. And watch Him work we did, in no uncertain terms. Even though I had made a bad decision, God still chose to show us grace. In Texas, God blessed us with a beautiful home, more amazing than the one before, gave my husband and I the jobs of our dreams, and a quality of life that we never thought we would attain. If I had harbored any doubt that God does indeed cause all things to work together for the good of those who love Him, this was proof.

God is very aware of the darts that come our way and catch this, He allows them. I know some will disagree with me and say that we bring problems on ourselves (like I did with my bad decisions), or that the devil causes them. Yet regardless of who “caused” it, God has to allow it or else it does not happen. And He allows difficulties because He knows He can use them for good. Not because these things are good, but because He is good, and He outdoes evil every time. As my sweet, precious friend once said, “God is bigger than free will.” And by the way, just in-case we’ve forgotten; He wins in the end. And because He does, so do we.