It's Never Too Late To Start Again 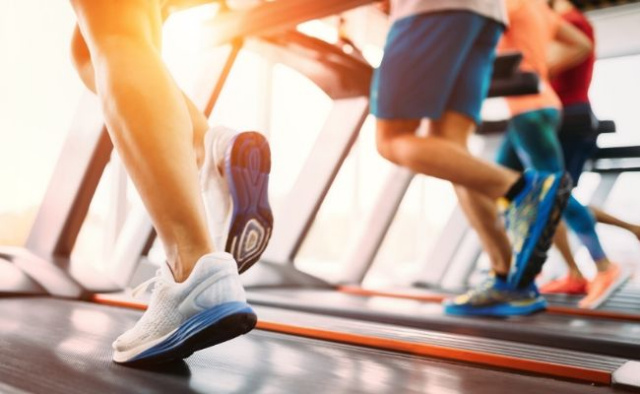 From September 2013 to October 2014, I woke up every weekday morning at 5:00 am to have devotions and powerwalk on my treadmill. I was very proud of myself and loved to brag about my daily discipline. Then in October 2014, I had minor surgery and was told by the doctor to “take it easy” for a few weeks. Well, weeks turned into months and months turned into a year. I tried unsuccessfully to resume my workout, but would last only a few days and then slump back into lethargy. The Bible says that pride goes before a fall, and fall I did…right off the exercise bandwagon!

As 2016 approached, I was often heard telling people, “I don’t exercise. I don’t believe in it.” (more bragging.) Even on New Year’s Eve night, when asked if I had any fitness goals for the upcoming year, I boasted (because clearly I’m a slow learner) “Why spoil a beautiful year with exercise?” People would laugh when I said this, but inside I knew that they were really screaming, “Freak!”

So 2016 began, and I happily was not working out. Until one morning while sitting in my counseling room, a client relayed to me her experience in her Crossfit class which she had started on January 1. She described how intense it was, how she had to wake up at 5:00 am, but that she was trying to stick with it because nothing good comes easily. Well, you could say that I (not her!) had an “aha” moment, and made a decision right there in my office, to resume my 5:00 am devotions and powerwalking on February 1. And guess what?! It was a Monday! Who says that New Year’s resolutions have to start on January 1? And apparently counseling does work, folks!

Though this is a funny story, isn’t it like our walk with Christ? It’s never too late to start again. No matter how far down the wrong road we’ve gone, we can always come back to Him. Lamentations 3:23 says that His mercies are “new every morning.” Look at the prodigal son. He returned home after really messing up and his father received him with open arms. And our Father welcomes us back in the same way when we fall and return to Him in genuine repentance. As Romans 8:1 says, “There is no condemnation to those who are in Christ Jesus” who make the choice to live according to His Spirit’s leading. All we have to do is tell Him we are sorry and genuinely surrender to His will and ask for His help to walk in His ways. That’s what grace is all about. Not to abuse His unconditional love, but to run back into His everlasting arms and find Him faithful to forgive us and transform our lives for His glory.

Do you need this kind of grace today? Do you need a new beginning? Why don’t you run back to Him and tell Him? He’ll be so thrilled that you did!