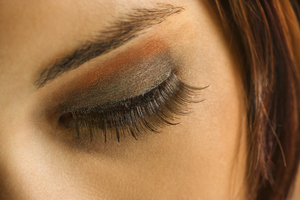 When clients come to see me they are often in crisis, or to put it theologically, “at the end of themselves.” My temptation is often to congratulate them and begin cheering. However, in my role as therapist, this would not go over well. Yet, once in a while my enthusiasm for their fallen state slips out. You see, though they do not know it yet, they are actually on the verge of a turning point; a defining moment even, if they go with God’s intended purpose on this one. It is here that He wants to get their attention and can actually do His best work, if they let Him.

I remember sharing this idea in the counseling room with Sally one day. She came in with Bill, her husband of four years. When they fought, their battles were intense and they had been on the verge of divorce many times in their short marriage. She and I sat together in a session one evening and she was lamenting how much of a failure her life had been, not turning out the way she’d expected. I shared with her something that left her speechless. Actually, as I was saying it I realized it could only have been God speaking through me, because I had never thought of this before, and I was definitely not that profound. I told her that it was God’s grace that allowed her to hit rock bottom like she had. After I said this, she kept on talking about the mess her marriage was in, as if she had not heard a word I’d said. I was actually surprised that she had kept going, but not for long! Suddenly, she stopped abruptly, stared right at me and blurted out, “What did you just say?” in complete shock, because my words had finally sunk in. I repeated my comment about it being God’s grace that had allowed her to hit rock bottom, and she glared at me as if I had just flown in on a spaceship. “What are you talking about?” She demanded in an increasingly raised tone. I will admit to you that for one (maybe two) fleeting moments, I thought that I had heard God wrong, gone off the theological deep end and started trying to figure out how I would weasel my way out of my feeble-attempt-at-being-spiritually-deep comment. However, God gave me the boldness and clarity to continue, confirming that the wisdom was indeed His. I told her that it’s God’s grace that allows us to hit rock bottom on our own so that we would realize that we cannot; dare not do life without Him, and that we would be desperate for Him. It is usually at the end of ourselves that we find Him, faithful and ready to meet our every need, if we turn to Him. It’sa set up! How wonderful. Well, I wish I could say that she was as happy as I was about this whole thing, but she sat there baffled, like I had just told her I was running for president. Later on, the longer I met with her the more she came to realize the truth of that statement more and more. But seriously, how would we ever appreciate the depths of His strength if we did not feel the pain of our debilitating weakness? Paul said in that same passage that he loved to admit his weakness because it gave God an opportunity to show off. What do you think about this?